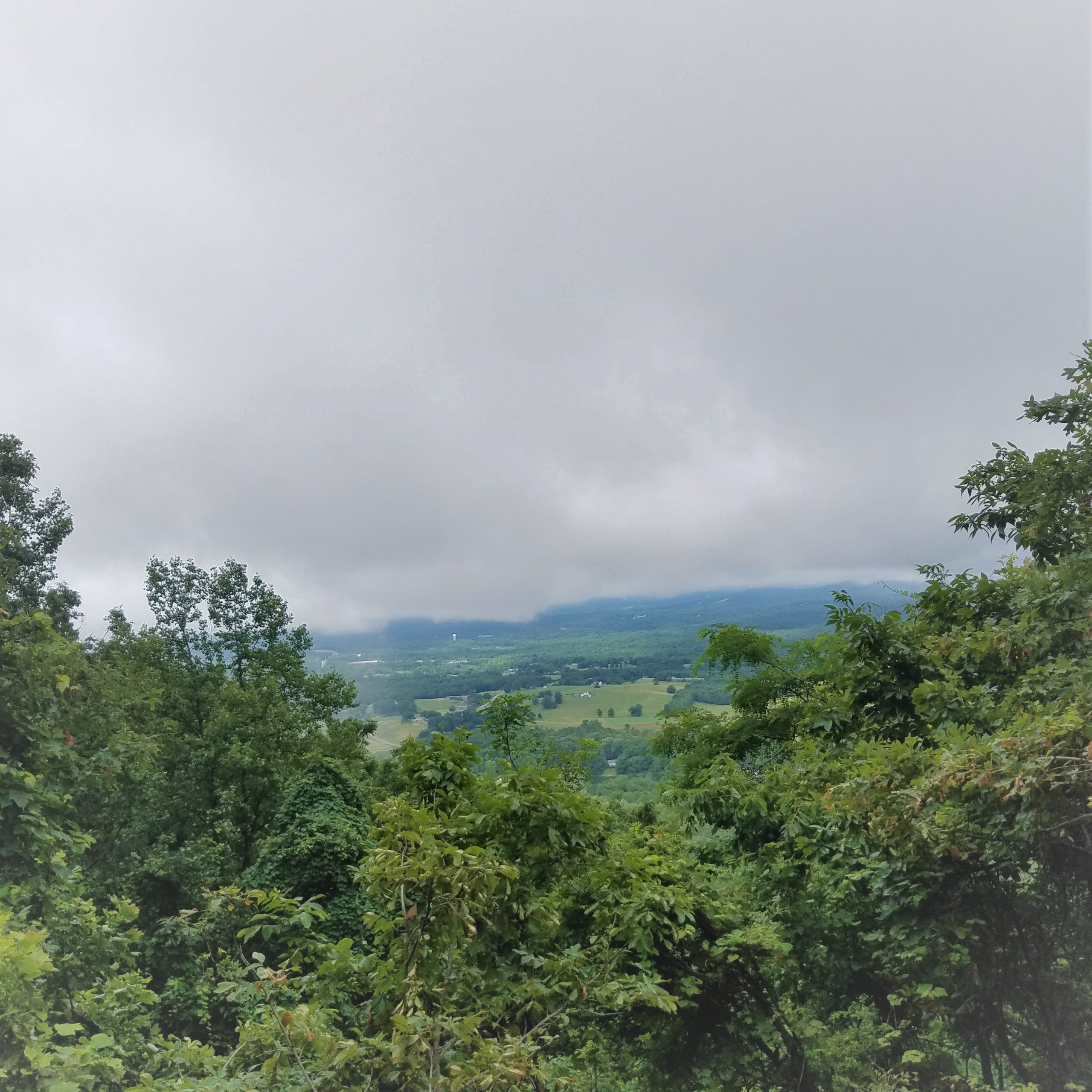 I pushed the keyboard away, frustrated. The words were jerking and jolting forward, then dropping dead on the page. I got up and roamed the house, grabbing an empty dish here, shelving a stray toy there. It wasn’t my body that felt weary, but my mind, and my soul.

Ever since we’d come back from a glorious family getaway in the mountains two weeks before, I’d been carrying a sense of yearning inside. I’d been unable to settle into any familiar routines or rhythms. I daydreamed about our time away, and I lived with a driving, roving restlessness.

This afternoon I’d been attempting to compose an email for my newsletter list. But I felt anxious and empty. All I could come up with was this pulsating desire to travel, to move, to see more, and experience more.

I was restless…and as I explored this sentiment on the page, I realized why—I was yearning for rest.

The feeling explained itself. Restlessness is a lack of rest. And I was chasing travel, pining for far-off pavement, experiencing restlessness because what I really longed for was rest.

How interesting that we seek movement as an antidote for restlessness, when rest is ultimately defined by sitting still.

The irony was not lost on me.

Those five days in the mountains had given me permission to rest, and do it deeply, and guilt-free. I was outside of my normal routine and expectations, and blissfully content. Naps and movies were daily occurrences. I read books and ignored notifications. I ate ice cream and “cooked” pre-planned, five-minute meals. We took walks to nowhere and strolled the streets of somewheres with zero plans or agendas. I drank deeply of still waters, and when I got home, I wanted more.

But there were things to do. Places to be, chores to complete, emails to write, and the world to run. (It’s amazing it was still in one piece when I got back, let me tell you.)

I couldn’t live rested…could I?

That was the honest question I’d been asking myself, even while anticipating our return. Wouldn’t it be lovely to carry as relaxed an attitude towards life-at-home as I did towards life-away-from-home?

Picking up my Bible later that day, I came across this poignant sentence in the psalms:

“If only I had wings like a dove! I would fly away and find rest.”

I had to smile. Clearly, I wasn’t the first person to have felt this way.

Earlier in the psalm,  David confesses his restlessness, albeit for a pretty fair reason – he’s running from enemies, not mere inconvenience. He’s not motivated by wanderlust but true danger. Still, to see it in black and white on the page was comforting. I was on the alert, now, watching for other repetitions of this idea of desiring rest.

I wasn’t going to be disappointed.

A restless weekend faded into an unexpected Sunday – two families we had planned to meet for Bible study were home due to sickness. My husband and I listened to a Bible podcast highlighting the Jewish understanding of the text, beginning with Genesis 1.

I was struck by the revelation that the central word in the original Hebrew text is the word for “seasons.” The passage’s emphasis is the Sabbath rest instituted directly at the end of creation, highlighted by the fact that each day began with evening (sleep, rest) and was followed by morning (work, productivity).

As I absorbed this information, I heard the speaker reiterate God’s end for mankind in the beginning: security in their worth as his creation, sans productivity, output, capacity, or ability. Love, without performance.

I felt a gentle nudge within.

This was not the first time I had heard this idea, and in fact it is one I’d been actively embracing for some time. But measuring my worth by productivity has been a default setting in my soul for years. Learning to let go of it has been a process, and has required practice. Often, I need a reminder. The nudge I felt was the kind you get when your best friend is sitting next to you in an audience, and the speaker says something your friend has been trying to convince you of for months —she or he elbows you in the ribs, rolls their eyes, and mouths “Now do you believe me?”

But was I really?

I spent the next 24 hours constantly weighing different decisions in my hands and examining my anxiety over projects I felt obligated to take on. My soul searched frenetically for just the right thing to fill it up. The hunger and restlessness continued to grow, and as much as I attempted to create rest, I only ended up feeling more unrested.

The next afternoon, I had an unexpected space of time and quiet. I switched on my favorite podcast, nearly a week late listening to the newest episode. The fact that I was behind in this particular podcast was highly unusual, and felt oddly important. Something within me begged to be still and listen well, for there was something to receive.

The episode was entitled “Create Space,” and was from Emily P. Freeman’s podcast The Next Right Thing. The words coming through the speaker on my phone built a bridge between several days’ worth of impressions, feelings, truths, and decisions over which I had wavered. Like the last pieces of a puzzle finally fitting together, I watched a picture emerge in sudden and quiet clarity.

I had been restless and longing for movement, because what I really wanted was rest and stillness. Part of me wanted to release all of my self-appointed obligations and goals, and spend a quiet, joyful summer cultivating rest in my own soul and body. But part of me felt guilty for wanting to “waste time” that way.

Emily’s offering spoke emphatically of the need to “create space for your soul to breathe,” and I knew with incredible clarity that I desperately needed that space.

And now I understood everything I was longing for was in front of me. All I had to do was accept the permission to receive it.

Still, I hesitated. Was it just me wanting to be lazy and irresponsible? What about momentum? Good work, consistent work, begets more of the same. If I were to lay it all down for a season, what would happen to my productivity muscles?

The tears fell as I breathed aloud what was happening on the inside. “Something is hurting inside of me…and I don’t know what it is. I’m trying to fill up a space inside me.”

The sentence set off an epiphany.

The mystifying and very real inner pain I was experiencing was a result of me trying to cram and squash all manner of things into a space that was supposed to remain unfilled.

My desire for movement, my inability to rest, was coming from my soul pushing back against everything that was suffocating it.

This revelation made the decision easy. I chose to release the half-hearted goals I’d been clutching tight to chest.

Immediately, I felt all the pressures I had been inadvertently holding slide out of my arms and disappear. Decisions on what creative direction to take, what household project to tackle, which plans to cement and schedule, all slipped off my shoulders, and for the first time in about two weeks, I could suddenly breathe.

I have noticed a pattern in my life, and in my work, that I truly believe is not of my own making—and it is that the seasons of meaningful creation for me come at the times that make the least sense. For instance, summer on the surface seems to be a wide-open, wildly accessible time for work. So many other commitments are off the table, and the scheduling margin is available.

Since that decision, I’ve heard of and noticed others in the creative world making similar decisions. Some call it sabbatical, others simply taking time off. Even the host of the podcast I listened to revealed her own decision to take July as a sabbatical month in the very next episode. It makes me feel in good company.

God has invited me to sit next to him for the summer, with no other agenda. I’ve decided to accept that invitation.

We do not create rest. We simply accept it for the gift that it is.

What about you? Your own soul? Is something inside you crying out for white space and silence? Even when these things are not physically available, they are available within. I think it takes gentle practice. I’ll be sharing some ideas of rest practices with my newsletter recipients over the next few weeks. If you’re not already part of the email list, feel free to join us!

6 thoughts on “A Slow Summer Sabbath”